I’ve awoken this morning with a hangover, my right knee hurts inexplicably, and I had some mad old dreams to boot. The only thing is I don’t remember drinking. I remember back in the day when I was more fish than human that there was the odd occasion when I had imbibed so much magic la-la juice that I would lose large tracts of time to the mists of amnesia with absolutely no recollection of how I had woken up in my own bed considering I had been at least a train journey away from the holy ale establishment. It sort of feels like that kind of a hangover, except I hardly ever drink. In fact I drink alcohol so infrequently that I could almost be considered teetotal (there are of course some souls that would be rolling around on the floor, sides splitting at me saying this. Let them laugh!) 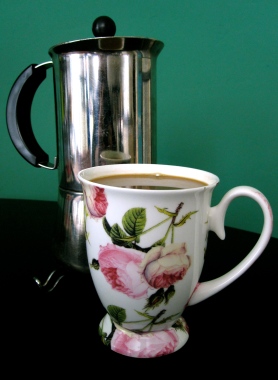 Yesterday was a weird day. It begun with my request to the universe to provide me with a rubber band big enough to do some engineering repairs on my son’s pushchair (the break bar that clamps down on the back wheels has become loose with no obvious way of tightening it. I came up with the ingenious solution of tying a rubber band around it and the back axle to provide enough tension to stop the bloody thing rattling against the daisy wheel of the breaking mechanism as I traverse the uneven West Sussex pavements at high speed. But as I pushed along the usual four mile route to pick my daughter up from school, and day-long choir rehearsals, I saw not one single rubber band. Which actually is very surprising considering that we have a major Royal Mail sorting depot just around the corner, so the posties are traversing the very same route that I take in their droves. Believe me there are always errant red rubber bands, exactly of the size that I require strewn along the way. But not yesterday.

My mind began to reconstruct scenarios for why this might be so. Maybe the post office had decided that due to the irresponsible littering habits of their employees, after receiving many complaints from distressed blackbirds and pensioners on their motorised 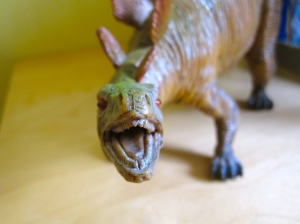 scooters, that retracting their latex lazzies was the best option. But how would the posties keep their correspondence in neat little bundles? No, that couldn’t be it.

Then it occurred to me that perhaps some old codger had embraced his lifelong obsession with rubber bands, harking back to the days of his youth and his beloved catapult and gone along the length of the street collecting all said errant rubber-bands. God knows there was plenty of other litter and debris lying around, so it wasn’t as if they had been swept away by over eager council workers.

It was truly odd, and most frustrating. However, as I continued along the route looking like a demented idiot as I scanned the ground for that potential find, my irritation welling at the monotonous rattle of the loose break-bar, I realised that maybe I should relax a little, and trust that the universe would provide if I let it.

As I neared my destination, 45 minutes into the trail I suddenly began seeing cable-ties strewn everywhere for a good couple of hundred metres. Cable-ties? Why?

No good to me whatsoever, zero stretch. Well, I had to be able to still use the break when necessary, so you see the rubber-band option was ideal for the job.

So, anyway I picked my daughter up from rehearsals from one school, and along with my youngest son sound asleep in the pushchair we made our way to the other school where my older son was still enacting the school’s idea of a mock wedding ceremony (don’t get me started). The cable-ties had mysteriously given way to short lengths of string and wool???!!

Again, utterly useless. No good to me at all. What I needed was a rubber band, even a child’s errant hair band would do if big enough. As if to tease me some more, there were those too, small ones!

As it was still a little too early to pick my other son up, we stopped at the play-park. As we entered the gated park, decanted my now awake three-year old, and sat on the bench to take a much need rest, there on the grass by my right foot, in a figure of 8 (or the infinity symbol, the mark of the universe as far as I’m concerned) was a very large child’s hair band. “Look mummy!” my daughter said. I laughed heartily, silently cursing the universe for leading me a merry dance, but pleased nevertheless that it had

But here’s the rub, it was just the slightest bit not big enough! Blasted tricky bugger!

My daughter had her choir concert yesterday evening for which she’d been fervently rehearsing earlier (she was quite wonderful incidentally). I decided that I would dress up a little and wear heels (something I hardly ever do anymore, like drinking – there’s probably a link there somewhere). I’m definitely out of practise that’s for sure. I’m either wearing walking boots, trainers or flip-flops (yes I’ve been known to hike in flip-flops!). I walk everywhere, out of choice mostly. I can only put my aching knee down to the discomfort of wearing high-heeled shoes, and possibly the ten miles I walked yesterday (it was a busy day!). As for the Sages, Mages and mini-raptors, well that’s what came after and is another story!

15 thoughts on “Sages, Mages and Mini-Raptors”